And they lived happily everafter....

Mimosa /orange juice early in the morning (in my pj's) watching a fairytale unfolding. My heartfelt wishes of lasting happiness to this beautiful young couple. 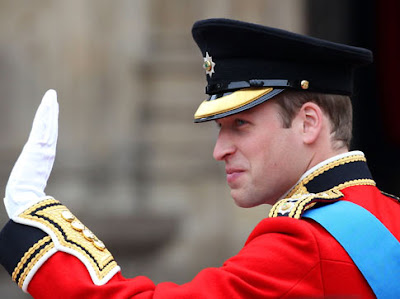 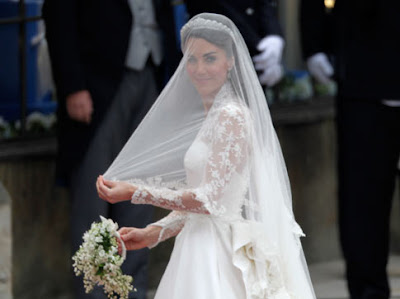 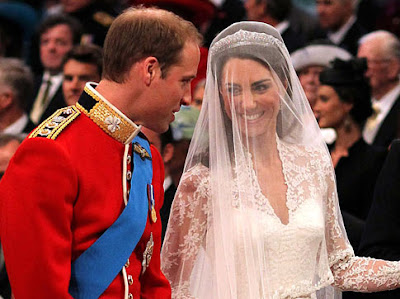 Her wedding dress, a beautiful throw back to the fifties, brought back memories of Grace Kelly's wedding to the Prince of Monaco.

The future King of England and the comely commoner who captured his royal heart tied the knot Friday while the British Empire - and the rest of the world - watched in rapture. Prince William and Kate Middleton, dubbed the duke and duchess of Cambridge before the ceremony, set off a wave of euphoria and celebrations across England and in former colonial outposts like New York City. After saying "I will" at Westminster Abbey, the happy couple departed for their reception by horse-drawn carriage to the tolling of the abbey's bells and cheers from the throngs lining the route to the royal reception at Buckingham Palace.
Posted by Dolls from the Attic at 5:08 AM