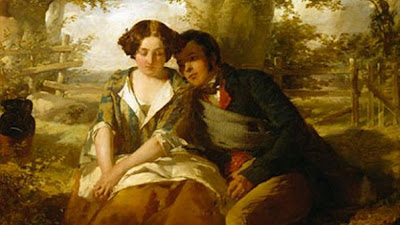 Little is known of the Highland Mary of Robert Burns legend. We know she was born in Auchamore by Dunoon and was employed as a nursery maid to Gavin Hamilton in Mauchline, and later as a dairymaid at Coilsfield. She met Robert Burns during the period of his estrangement from Jean Armour . 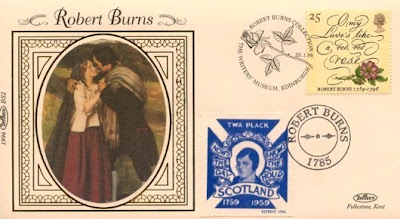 They had an intense relationship lasting barely a month, exchanged matrimonial vows, and according to Scottish law, exchanged Bibles on the banks of the River Ayr on the second Sunday of May 1786, then parted company to make arrangements to emigrate to Jamaica. This was not to happen for Mary Campbell died in Greenock in October of that year. 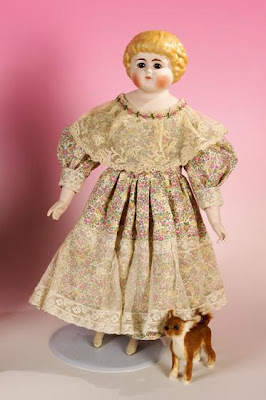 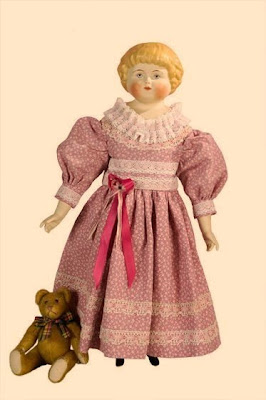 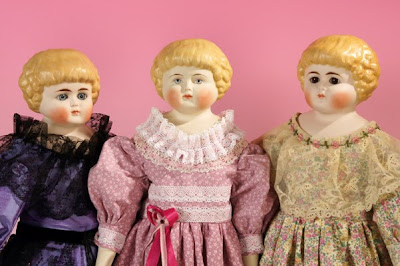 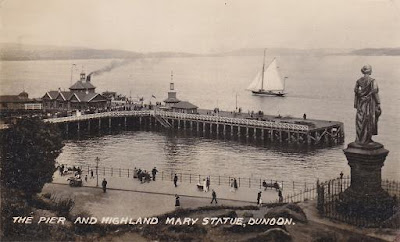 Mary looks towards Ayrshire where she plighted her troth in ancient Scottish fashion with her beloved Rabbie. This was done by standing on the opposite banks of a burn clasping one hand each in the running water while their other hands held Mary’s bible. 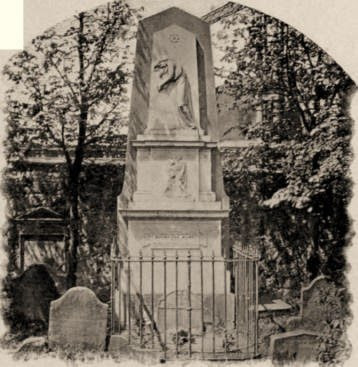 Mary Campbell died, possibly in premature chilbirth induced by typhus; Burns's song 'Will ye go to the Indies, my Mary' suggests that he may have asked her to emigrate to the West Indies with him. 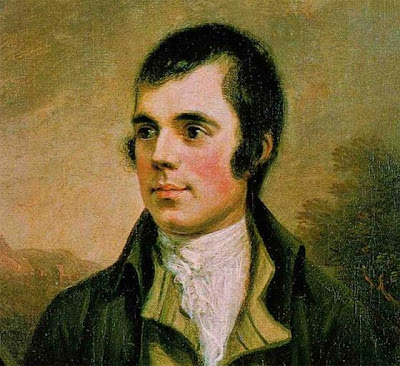 In later life Burns was stricken with remorse over the affair and he wrote for her the song 'The Highland Lassie 0' and a sentimental poem 'To Mary in Heaven'. 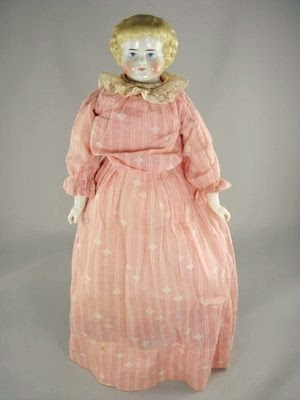 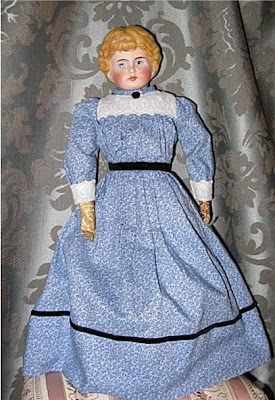 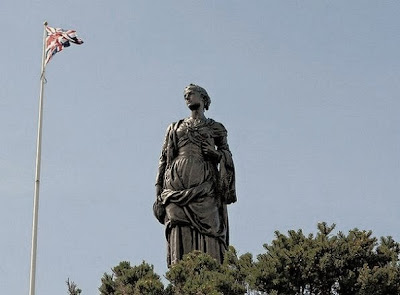 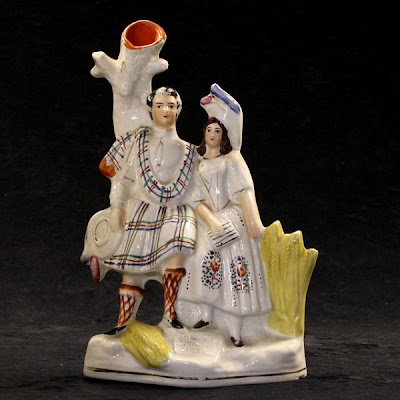 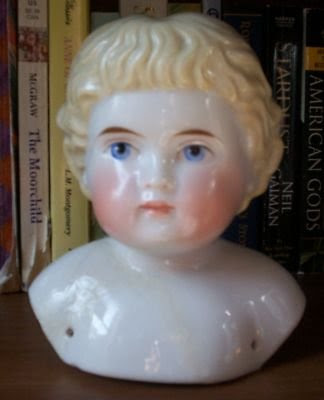 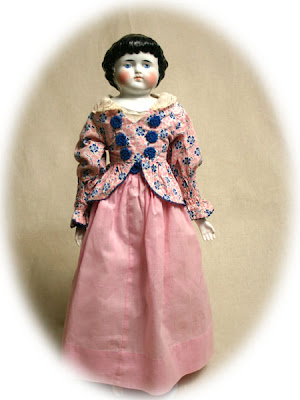 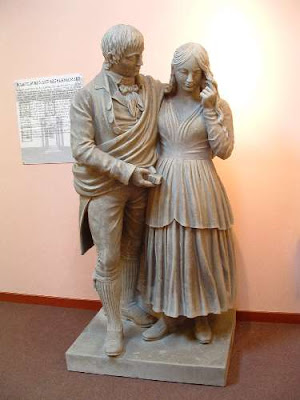 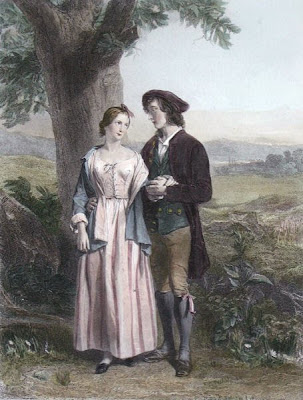 O pale, pale now, those rosy lips
I aft hae kiss'd sae fondly!
And closed for aye the sparkling glance
That dwelt on me sae kindly! 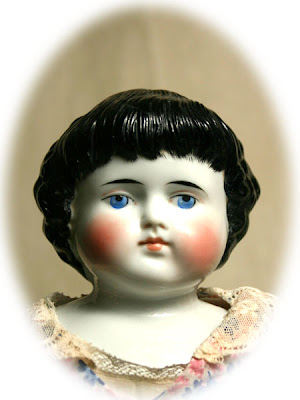 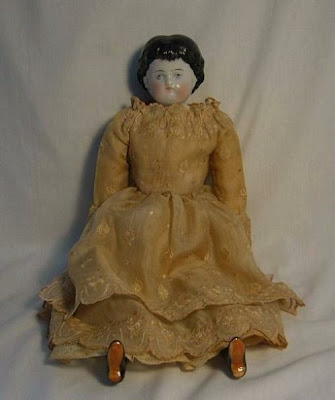 From my own collection... Highland Mary. 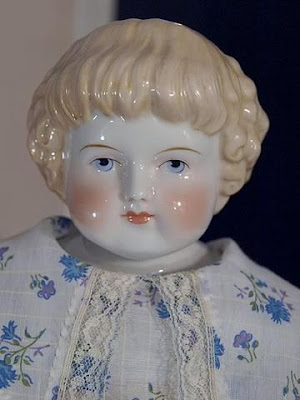 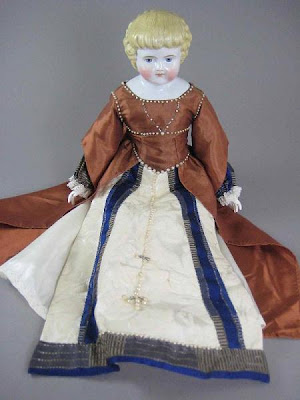 Highland Mary was offered around 1880, by various companies, for example with the numbers between #10 and 1000 of ALT, Beck & Gottschalk in Nauendorf/Thuringia. It was as a glazed "China Doll" with painted eyes and blond or black hair, as well as in biscuit porcelain with glass or even paperweight eyes. 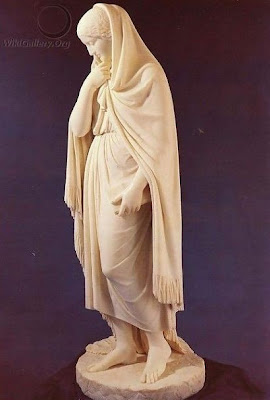 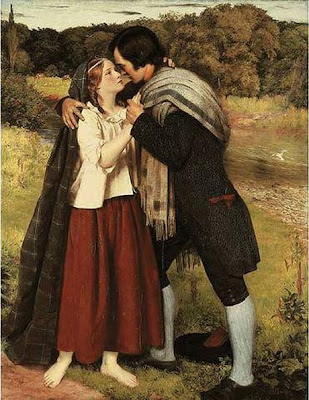 And mouldering now in silent dust.
That heart that lo'ed me dearly!
But still within my bosom's core
Shall live my Highland Mary.
Posted by Dolls from the Attic at 5:56 AM