When Victoria was born the British Royal Family was at a low point, but her successful reign, which corresponded to a time of great power and prestige of the British Empire, restored the monarchy to widespread acceptance in the eyes of the public. 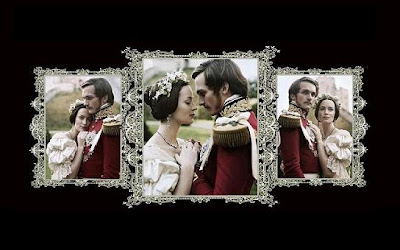 She, was only 18 when she came to the throne in 1837 as the result of the failure of any of George III's sons that were older than her father, the Duke of Kent, to produce a legitimate heir. Her reign was the longest in British history. 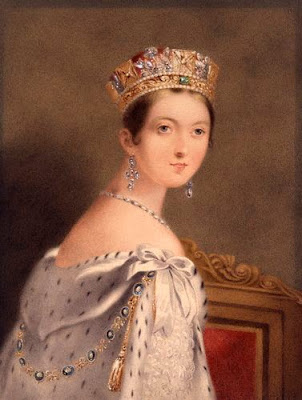 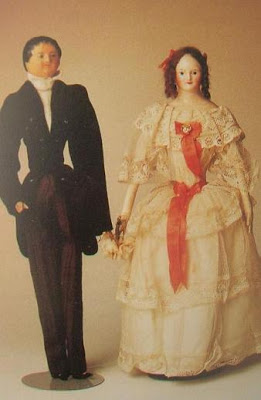 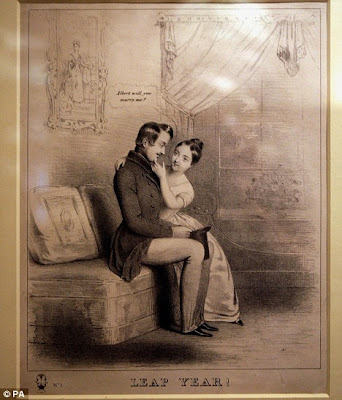 On -15 October 1839 - A little later in the day, at about half past twelve, the Queen received Albert alone in her sitting room. She made small talk nervously gaining time before she felt confident enough to ask:
"I think you must be aware why I asked you to come. Could you forsake your country for me?
It would make me too happy if you would consent to what I wish."
“ Albert will you marry me ?” 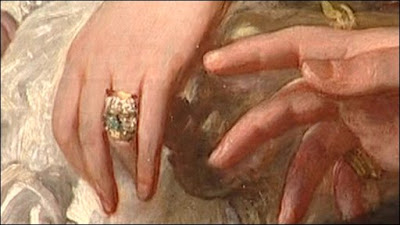 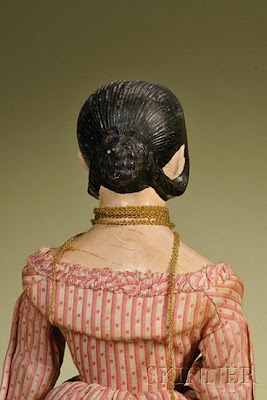 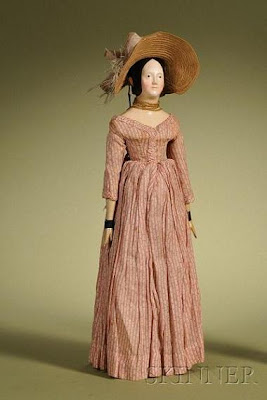 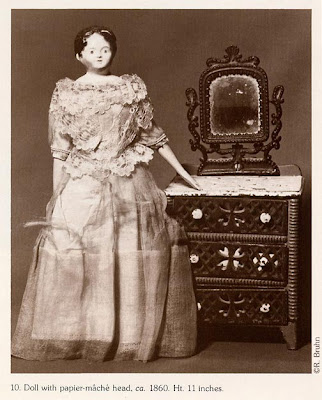 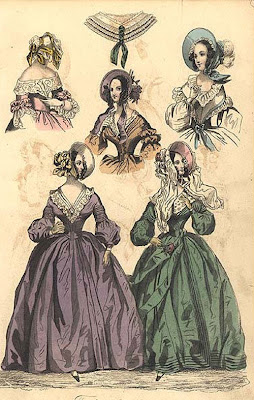 The look of demure prim gentility was emphasized by the loss of the great hats in 1835 for bonnets. Great hats had given a flirtatious air to clothes and their replacement by bonnets changed the whole character of day dresses. Lavishly trimmed bonnets stayed in fashion for half a century and weren't worn much after 1890. The early Victorian tight fitting pointed bodice was much longer and had a very small tight fitting waist. All the boned bodice seam lines and trims were directional to emphasize the small waists. The boning also helped stop the bodice from horizontal creasing. 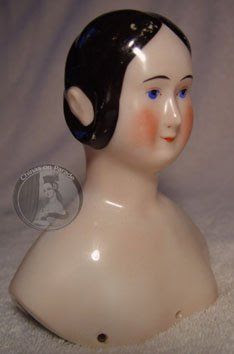 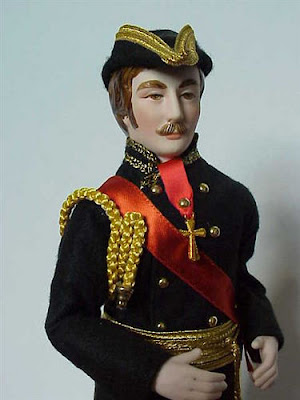 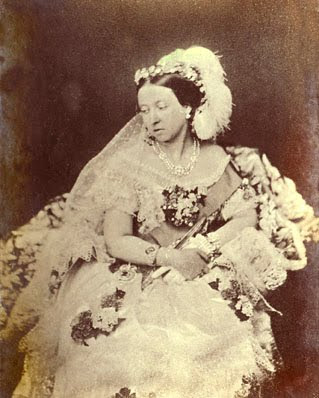 She married Prince Albert of Saxe-Coburg-Gotha on 10 February 1840, he was husband and consort, and a significant influence on her life. Queen Victoria never recovered from his premature death in 1861 at the age of 42. 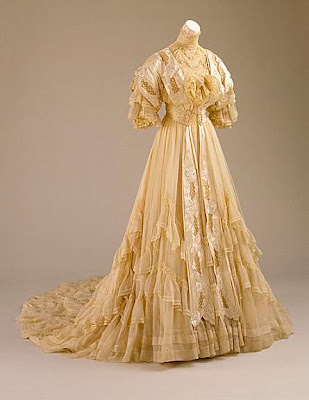 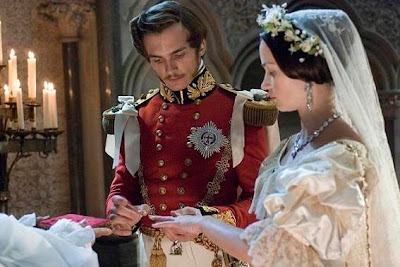 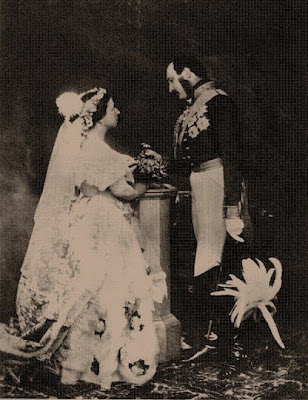 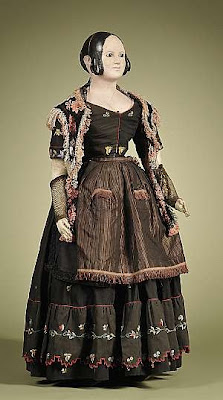 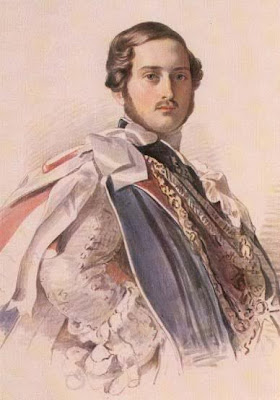 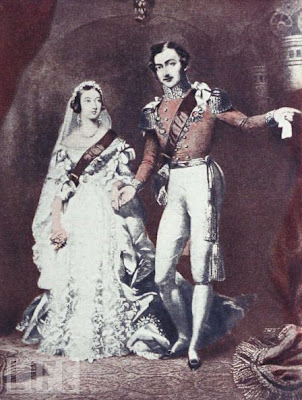 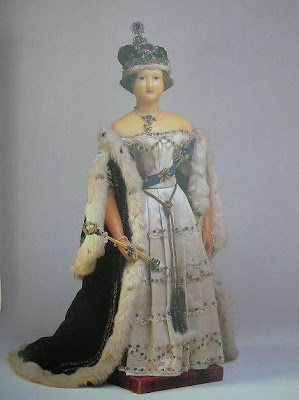 Portrait Wax Doll of Queen Victoria, made in England by the Pierotti family ca. 1840 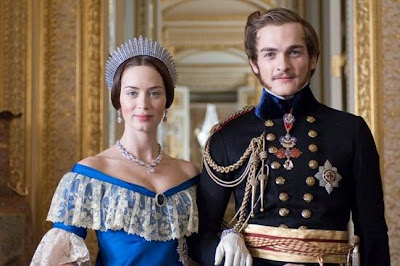 The royal couple went on to have nine children: Victoria, Albert Edward (who became Edward VII), Alice, Alfred, Helena, Louise, Arthur, Leopold and Beatrice. The fact that the 5-feet-tall Queen was able to deliver nine healthy babies is testament to her strength and tenacity. In those days - even with the best medical attention - women were lucky to survive childbirth and the child mortality rate was high.
Posted by Dolls from the Attic at 6:37 AM