The Napoleonic Wars had ended with the Congress of Vienna in 1815. The Congress redrew Europe into the Confederation of Germanic States and the Bourbon Kings returned to rule in France--and established a period of prosperity leading to the growth of international relations unparalleled in history. This was the Industrial Revolution. 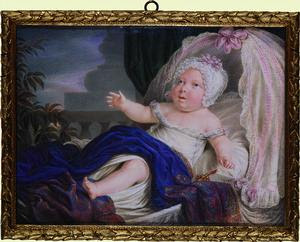 On 24 May, 1819, the future Queen Victoria was born as HRH Princess Alexandrina Victoria to the Duchess of Kent at Kensington Palace, London. The parents-to-be had been living in Bavaria but rushed back to London to ensure the expected baby was physically as well as legally English, as she was born fifth in line to the British throne. 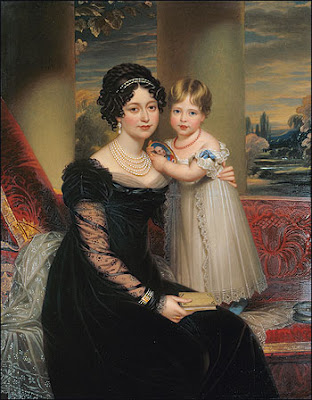 HRH The Duchess of Kent, and Her Highness Princess Victoria
by Sir William Beechey
The princess was christened a month later and soon after her baptism the Kents moved to Devonshire where they could live less expensively. Victoria's father died of pneumonia less than a year later, so together with her mother, and half-sister Princess Feodora of Leiningen (1807 - 1872) they moved back to Kensington Palace where Victoria had been born. 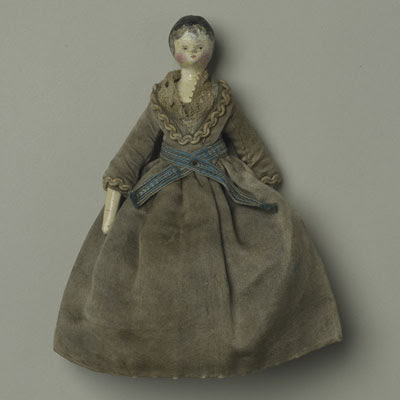 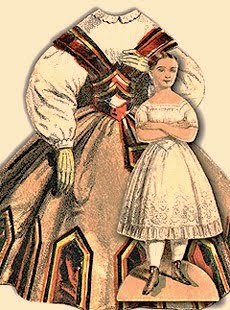 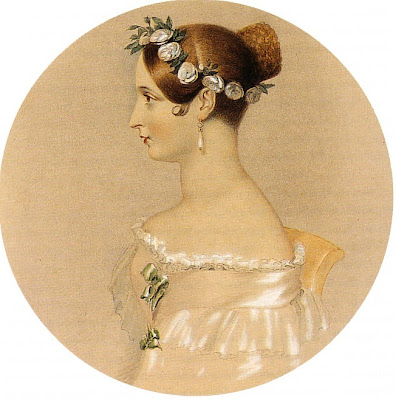 The artist Richard Lane chose to depict Victoria with auburn hair in his celebrated portrait of the young queen around 1837. 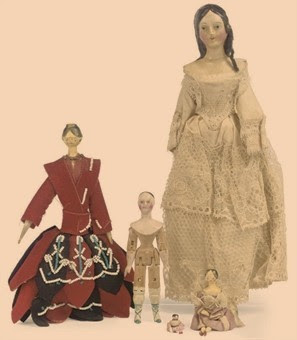 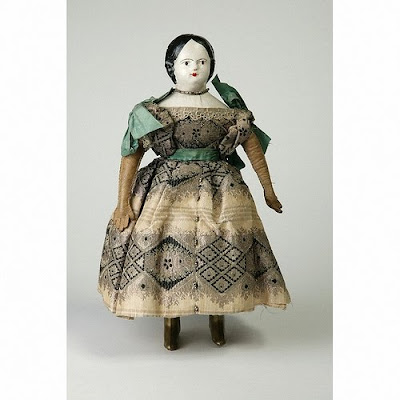 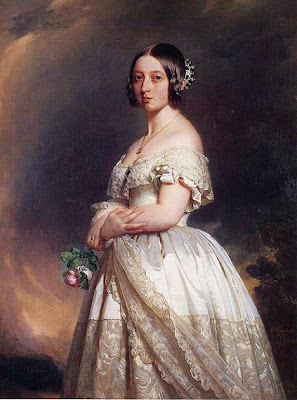 The girls were tutored by a governess (later Baroness) Louise Lehzen, whom Victoria adored. Lessons would have been conducted in languages, writing, music, history, art, arithmetic, geography and religion. In addition, Victoria was also taught to ride horses and she developed a passion for riding fast.
Although she was indulged and owned many pets, her childhood was lonely and secluded. In 1828 Victoria lost her one childhood companion when Feodora moved back to Germany and married Prince Ernst of Hohenlohe-Langenburg, although they regularly corresponded by letter until Feodora's death in 1872. 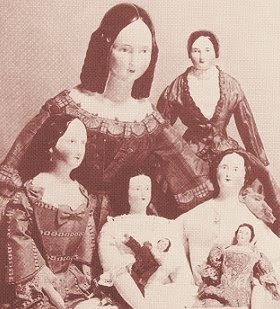 Grouping of German Chinas from the Victorian era. 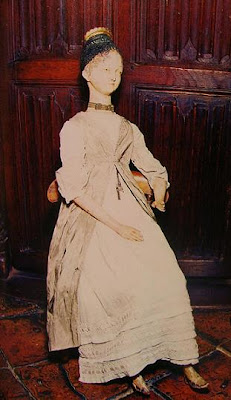 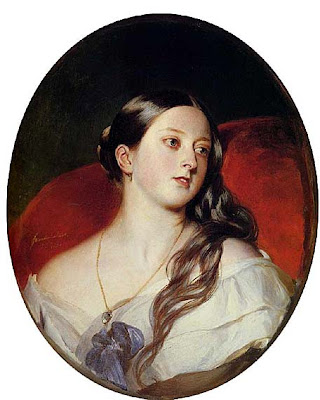 When Queen Victoria was very young, she did not know she was destined to be the Queen of England. She wasn’t a good student, and did not take to her studies seriously. Her teachers were frustrated because of her lack of motivation, and could not succeed in preparing her for her future role. 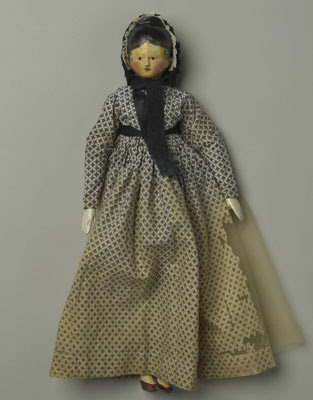 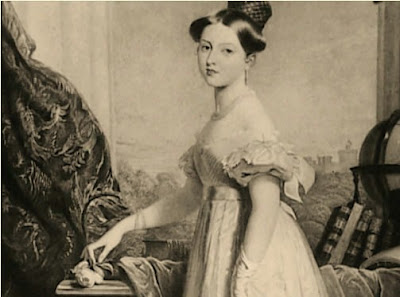 At the age of 11 the princess saw a Royal Family tree and supposedly remarked, 'I am nearer to the throne than I thought'. Then she vowed, 'I will be good'. According to Victoria's governess, she 'cried much' on learning that she might one day inherit the throne. This realization of responsibility profoundly affected her conduct from then on. 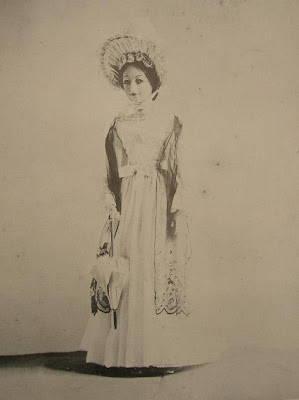 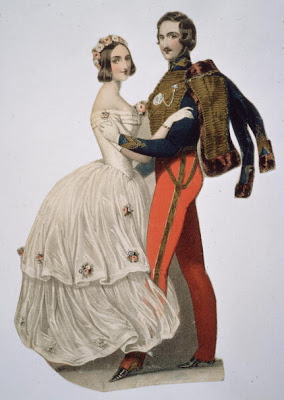 Princess Victoria first met her cousin and future husband, when she was 16 years old. They met again when she was 19 and a queen. Betraying her innermost feelings, she described him thus: Excessively handsome, such beautiful eyes ... my heart is quite going!

Enamel Portrait By Essex
The princesses was chaperoned wherever she went, and had to share her mother's bedroom, something she resented greatly. As soon as Victoria turned 18 she began to take charge of her own life - one of the first things she organized was her own bedchamber and ordering her mother to different quarters. 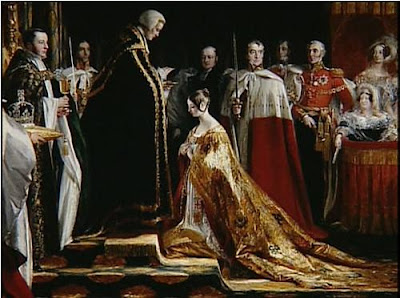 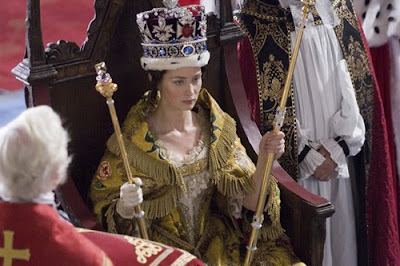 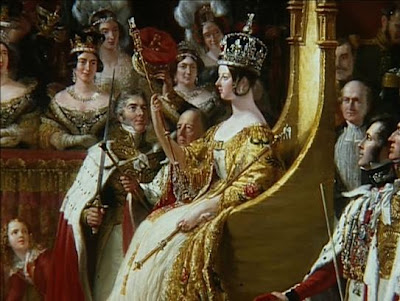 In 1837, this 18 years old young doll collector came to reign over an explosion of communication and travel. Spreading ideas,industry and wealth around the world.
In 1844, Queen Victoria also reigned over the first International Exhibition in London organized by Prince Albert. As such, the traditional ways of making things, in this case dolls and fashions changed dramatically affecting cost and quality
Posted by Dolls from the Attic at 1:32 PM