Many china and parian doll heads, especially those with unusual hair styles, are called "Portrait Dolls" and are named for those they are supposed to resemble: Queen Victoria, Mary Todd Lincoln, Dolly Madison, Countess Dagmar, Jenny Lind, Adelina Patti, and Alice in Wonderland. It is unlikely that these ever were actual portraits. Doubtless some fancied resemblance to a hairstyle, or special jewelry or head gear that were well known attributes to the personality, has caused collectors to so name them as a way to differentiate them. 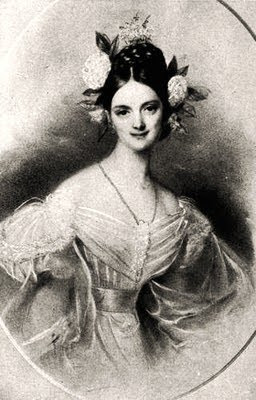 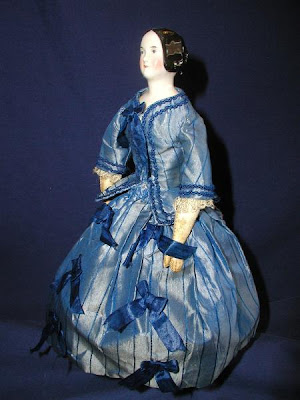 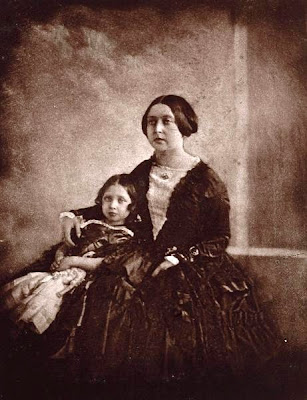 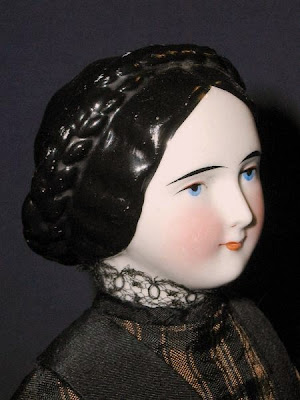 The artist doll-maker made a model shoulder head out of wax or even alabaster,
and as he was usually modeling the head of a woman, he was naturally influenced by the current ideal of female beauty, as seen in drawings and later at the end of the period, from photographs of beautiful women of the times.
This same idea of classical beauty can be seen in numerous statues and busts. 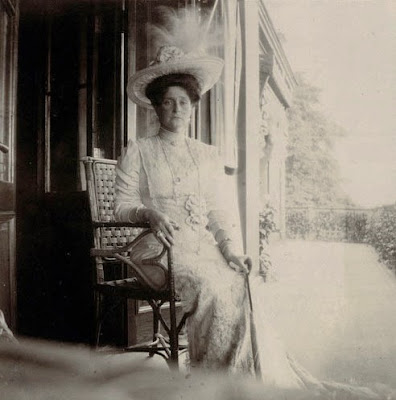 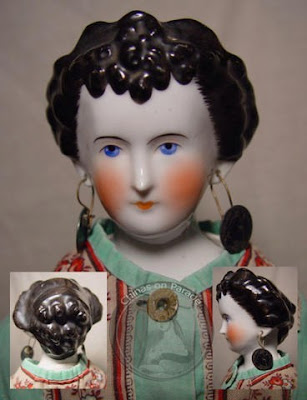 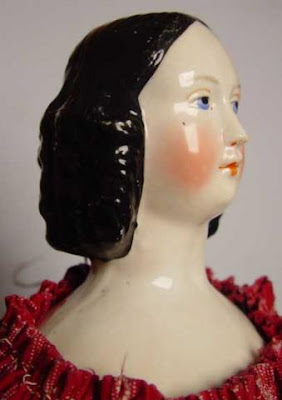 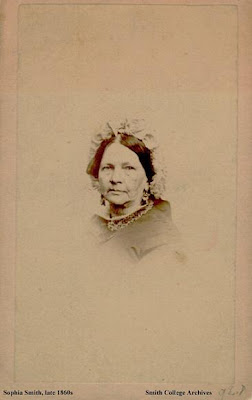 Sophia Smith, founder of Smith College for women.
************************************************
The dolls I will be featuring in the next few posts fall in the category of “Portrait Dolls” and have been associated with various famous characters. So as long as the collector remembers this was only a convenient way of distinguishing different types of moulds, and not label them as true character dolls... there is no harm done.
These are merely an interpretation of an ideal of feminine beauty. 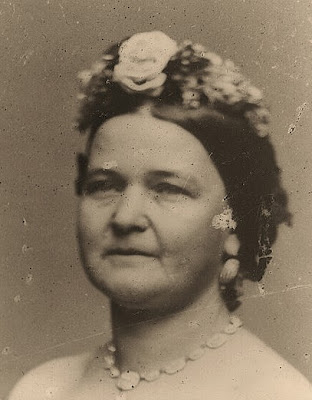 These rare dolls can still be found, and although very costly, are well worth having. The market indicates that Portrait Dolls will always hold their value, and most likely always fetch a high price.
Posted by Dolls from the Attic at 7:51 AM

Labels: An introduction to Portrait Dolls 2/2011