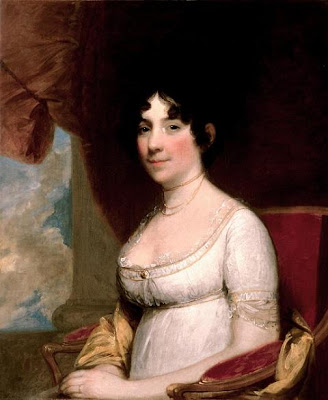 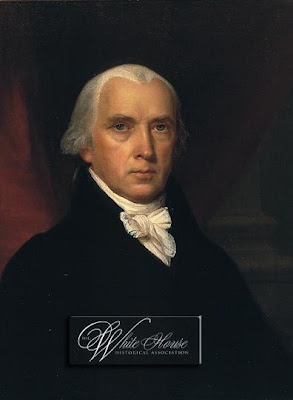 Dolley was born May 20, 1768 in Greensboro (at that time the Quaker community of New Garden), North Carolina. Widowed early, she eventually found herself living in Philadelphia and it was there that wealthy Virginia planter and statesman James Madison sought her out, and after four months, wed her. In her eight years in Washington, D.C. (1809-1817), she made the White House a most delightful place to visit. Beautiful gregarious, buoyant, and cheerful, the regular social gatherings she hosted were lively events at which anyone would feel welcome. 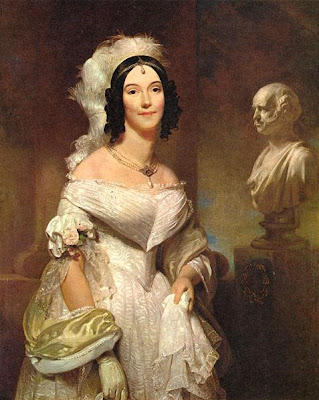 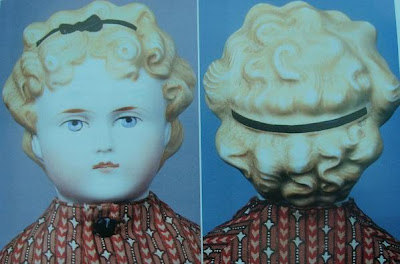 Alt, Beck and Gottschalk "Dolley Madison" from the Borger Collection


Serving as Washington, D. C., hostess for President Thomas Jefferson at the turn of the 19th century, and then as mistress of the White House when James Madison was president, Dolley added fun and sparkle to the social scene in the young republic. 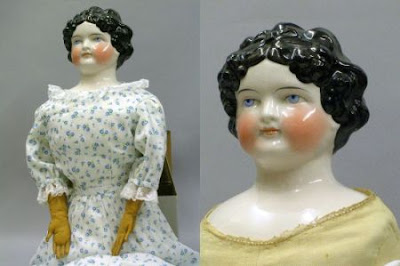 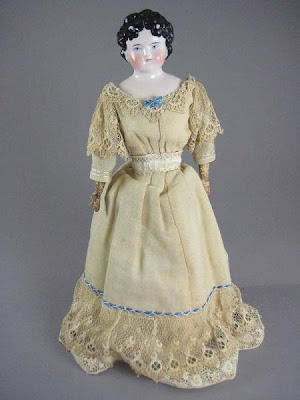 Unmarked. This Alt, Beck & Gottschalk doll has painted features including black curly hair with molded ribbon, partially exposed ears and blue eyes. Old cloth and leather body has a narrow waist and is sturdy. Nicely dressed in antique ecru wool bodice and skirt with lace trim. No damage. Circa 1870s - 1880s. A lovely example of this china head doll. 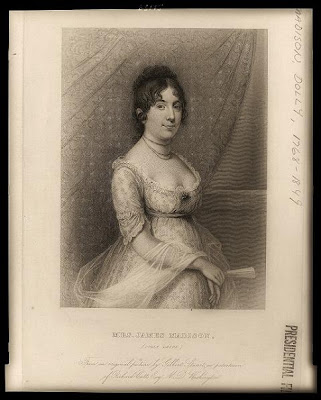 Once she became first lady in 1809, her status as the central figure of Washington society was confirmed. Her vivacious nature attracted many guests to the White House and she had the ability to make everyone feel at home. Her lavish dinner parties were noted for the surprise delicacies served. 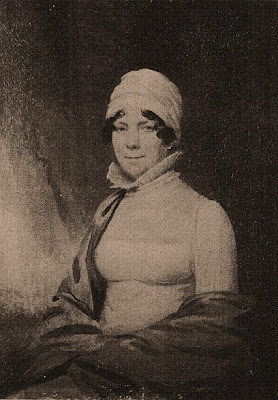 A regal five feet six inches tall, with her satin turbans decorated with bird of paradise feathers, the buxom lady towered over her diminutive 100-pound, five-foot-four-inch husband. Together, though, the couple made a superb team, Dolley's effervescent charm and vitality balancing “Jemmy's” quiet wisdom. 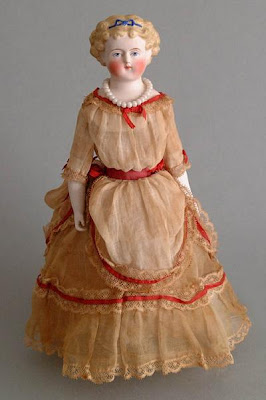 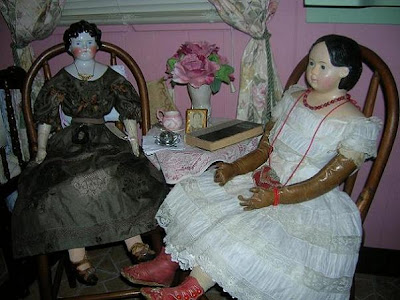 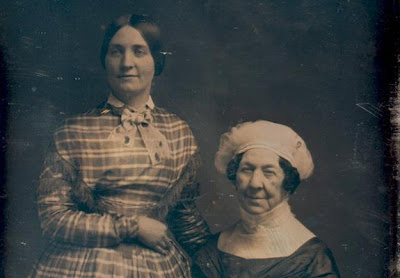 Dolley and her niece Anna Payne ca. 1836
HOW DOLLEY MADISON SAVED THE DAY 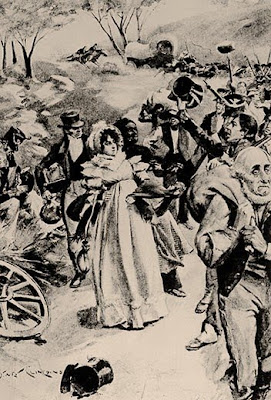 Although Dolley was unable to personally carry the Washington portrait with her during her flight from the White House, she delayed her departure until the last possible moment to arrange for its safekeeping.

According to historian Beth Taylor, Dolley's primary concern was that "this iconic image not be defiled." 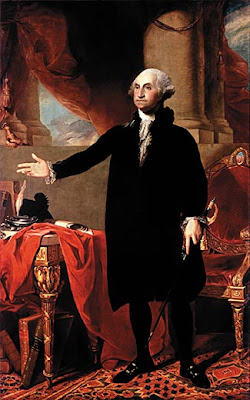 During the War of 1812, Dolley's role as first lady was tested when British troops invaded Washington in August 1814. Courageously, she stayed behind until vital state documents and, most notably, the famous portrait of George Washington by Gilbert Stuart were removed to safety before the White House was burned down by the troops.. 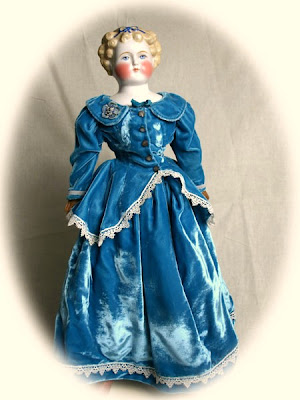 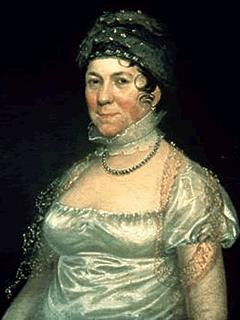 With the conclusion of his second term, James and Dolley retired to Montpelier. On June 28, 1836, James Madison died at the age of 85. Their 42-year marriage had been a remarkably blissful and happy one. In 1837, Dolley returned to Washington and resumed her former status in the social life there. On July 12, 1849, Dolley Madison died in Washington at age 81. She was buried in the Congressional Cemetery. Later her remains were moved to Montpelier next to her husband's 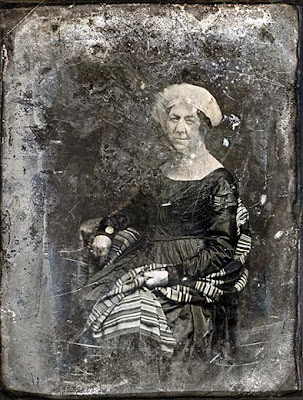 Dolley (age 80 in 1848) was revered for saving the fledgling republic's treasures. Of her hurried departure from the White House, she would later recall: "I lived a lifetime in those last moments." 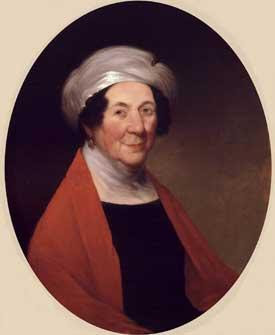 
Referring to Dolley's entertainments, Washington Irving reported a room “crowded with interesting men and fine women.” Henry Clay exclaimed in Dolley's presence, “Everybody loves Mrs. Madison!” Dolley responded, “That's because Mrs. Madison loves everybody!”
Posted by Dolls from the Attic at 7:12 AM