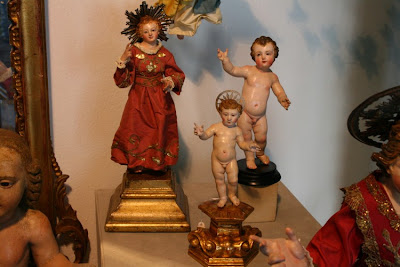 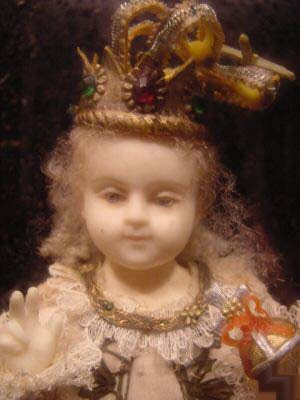 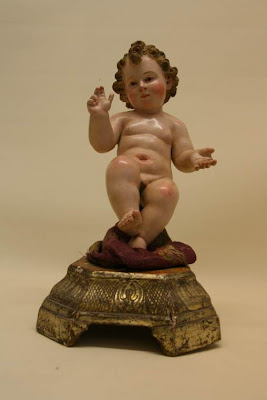 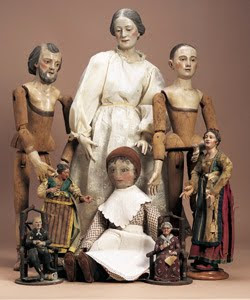 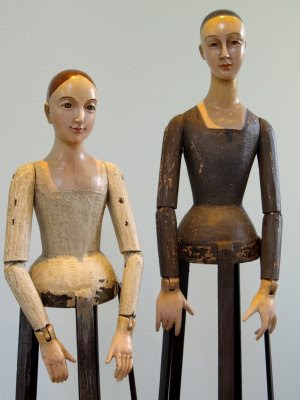 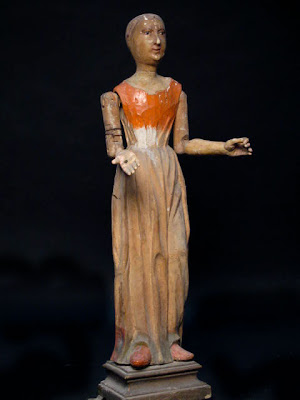 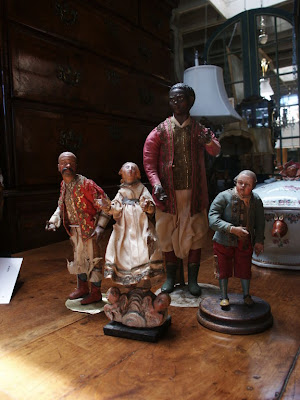 Santos: Often found in Portuguese or Spanish communities, these dolls were used in Catholic religious processions and were often elaborately dressed in beautiful gowns and topped with golden crowns. These dolls would occupy a place of prominence in the home of a wealthy person or chapel. The cage could also be used as a sort of prayer shrine with objects placed inside the cage.
Creche figure: Technically not a doll, but rather a figure originally displayed in nativity scene as in the fascinating world of art of the 18th century in Italy, with its Neapolitan cribs, crib-figures and various embodiments of the Infant Jesus. The "presepe napoletano" The magic of the elaborate embodiments of the Infant Jesus (the so called "Bambino Gesu") is incomparable.
Bavarian Creche figures are particularly splendid, and as large as 24 inches. These are often recognized by collectors as fine statues rather than just lay figures for church use.
Posted by Dolls from the Attic at 4:03 AM