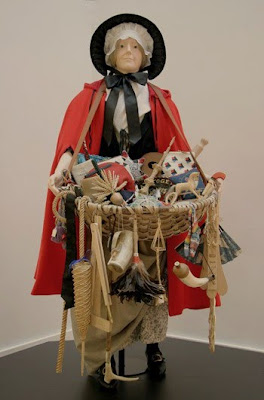 A different kind of doll popular in England during the 18th and early 19th centuries was the peddler or pedlar. They were not really meant to be played with. They were designed as ornaments and often kept under glass domes on mantlepieces or sideboards. They were modelled on real pedlars who travelled from house to house selling a wide range of wares. 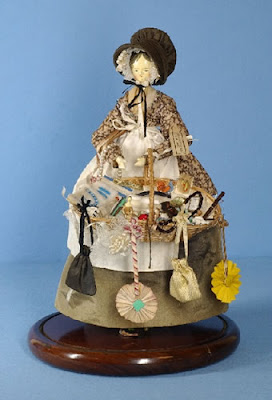 The dolls, in truth were never intended as children’s toys, but rather to be admired by adults on the sewing table or as a parlour mantle piece. They were usually dressed as the pedlars were:
In a cloak, bonnet and apron, over which they held a large tray filled with all kinds of merchandise in miniature. 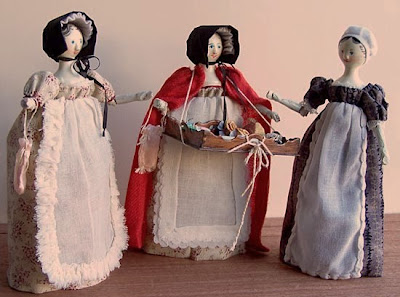 It was the custom for women pedlars to often dressed in a red flannel cape over a dark skirt.
The red cape would protect them from harm while travelling along country roads, with their boxes of treasures. 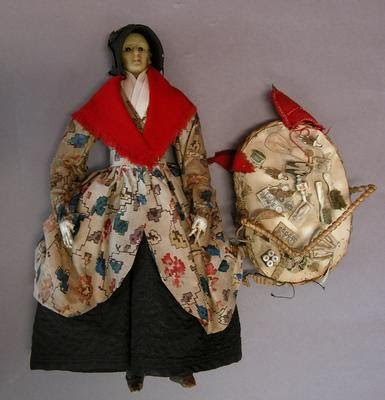 "Gallery of Costume, Platt Hall Manchester City Galleries..." Early to mid 1800's
Wax was usually the favourite medium for pedlar dolls. Porcelain dolls , though sometimes used for bazaar stalls, were far too pretty to represent weather-beaten crones whose features could very well be captured by , for instance… a dried apple dipped in vinegar and crude features carved on the surface. After properly dried, a grotesque old crone or witch’s face would result. 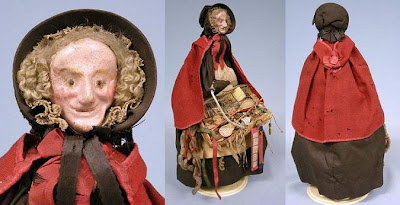 Many such dolls made of wood, wax or papier mache, representing old gnarled features would hardly be the type of doll one would find in the nursery, as they were sure to cause all sorts of childish nightmares.
So we can conclude that this doll’s head were made in some number just to be used on pedlars and the like, as a means of basic instruction for shopping and as ornaments for mother’s amusement… 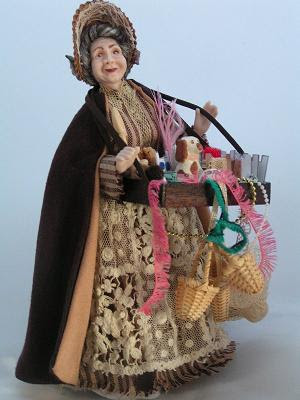 A beautiful creation by Mary Williams. 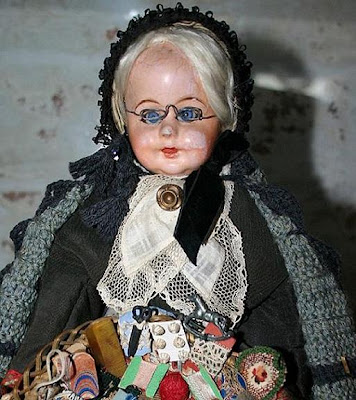 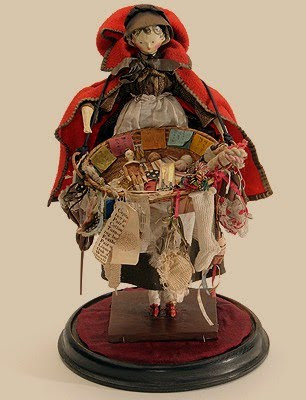 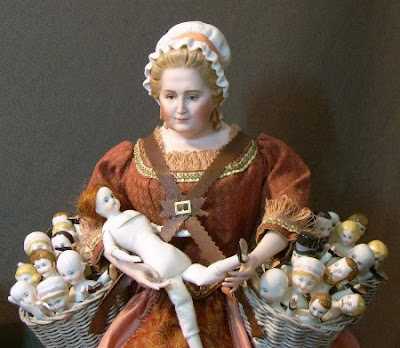 “Notion Nannies”, were a common sight in England. They traveled around by foot bringing to villages various household goods as well as news and gossip from other places. 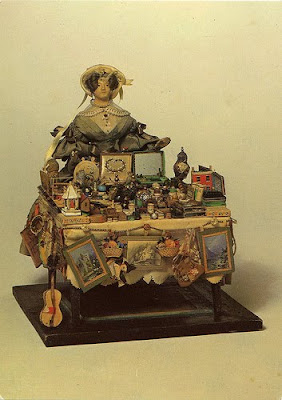 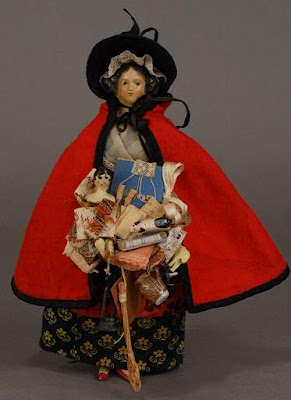 Her woven basket holds wares that include a marvelous assortment of carved wooden animals, a tuck comb wooden doll, a wonderful rug beater, lengths of printed cotton, plus other household wares. 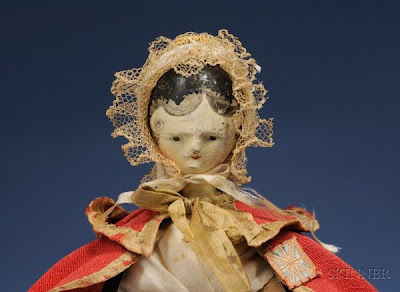 Today these pedlar dolls serve as little documents of social history, telling us a great deal about the kind of things used by housewives of long ago. 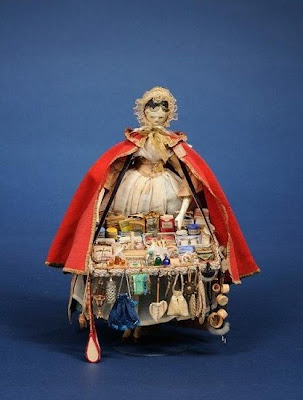 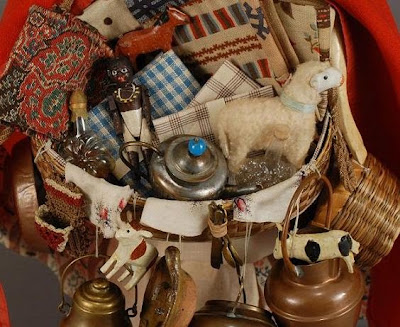 Many of them were made at home,demonstrating great ingenuity and charm on the minute details of their wares. They were usually kept under a glass dome to be admired, but not handled by curious little hands. 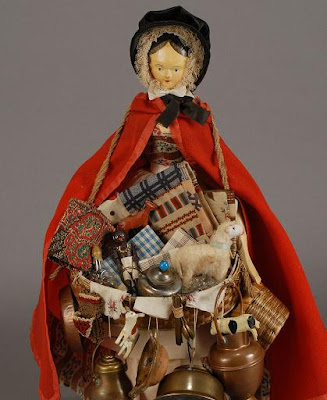 Unfortunately some of these ornamental dolls were tampered with in the 1920’s and 30’s by adding objects to their baskets that didn’t quite fit the period of the doll. These intrusions were done in the early days of doll collecting, when dolls were still considered trifles. No responsible collector would take such liberties today.
Posted by Dolls from the Attic at 8:05 AM