This transition time embraces the Napoleonic Wars, the madness of King George III, the War of 1812 (1812-1814) and the Regency (1811-1820). This period, from the beginning of the war with France in 1793 to George IV's ascension to the throne in 1820 shows vividly the vast change in England's economic and social face. The richly decorated gowns worn by wealthy Georgian women were often adorned with an "eschelle stomacher" (a fancy corset designed to be worn in public and adorned with bows of decreasing size) above the waistline and an embroidered and trimmed petticoat below. Ladies' skirts were supported by wide hoops made of cane or rattan, and sometimes laid over quilted under-petticoats. Under the hoops and corset, ladies wore "shifts" (knee-length undergarments with elbow-length sleeves adorned with a froth of lace).

Men suits were made from rich velvets, silks and satins, and decorated with braid, embroidery, and buttons of gold, silver, and jewels. A gentleman's suit consisted of a long and flared coat, sleeveless waistcoast, shirt adorned with lace ruffles at the wrists and neck, and knee breeches. Men also wore silk stockings with embroidered designs at the ankles and high-heeled shoes.
Men also wore wigs for formal occasions. In addition to powdering hair, fashionable men of the period applied makeup (pale powder, rouge, and lip color), as well as carried fans and embroidered silk handkerchiefs drenched with perfume. 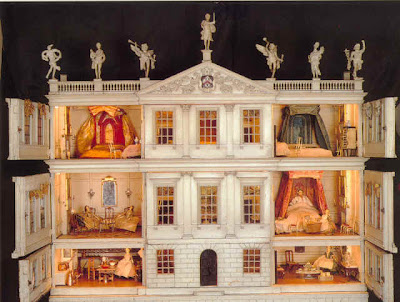 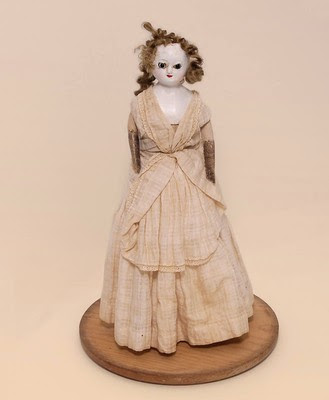 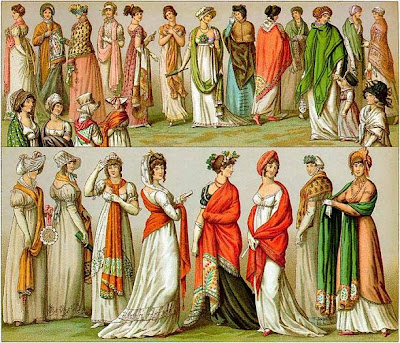 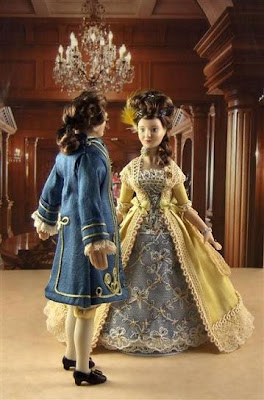 Both Georgian dolls are hand made Georgina Ritson Original Dolls. 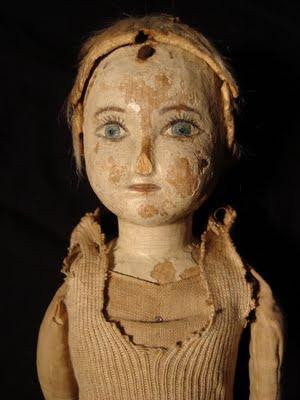 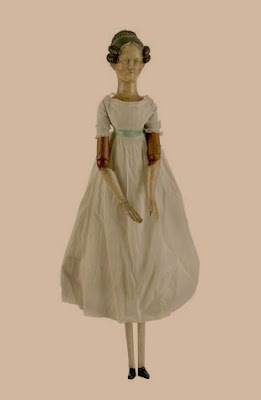 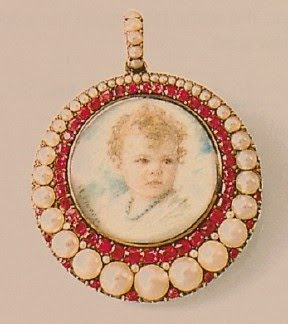 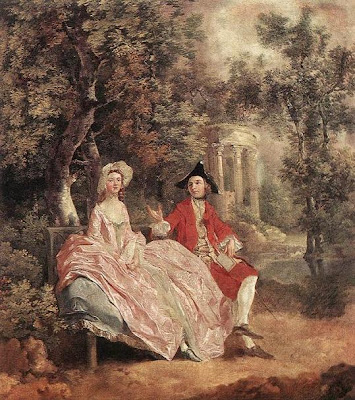 The loss of some of the American Colonies in the American War of Independence was regarded as a national disaster and was seen by some foreign observers as heralding the end of Britain as a great power. In Europe, the Napoleonic Wars dragged on for nearly a quarter of a century, bringing statesmen and national heroes like the Duke of Wellington and Admiral Lord Nelson home to huge public acclaim.
England moved swiftly from the artisan/cottage industry firmly into the industrial revolution and the fringes of the Victorian age and Edwardian eras that were to follow.
Posted by Dolls from the Attic at 1:25 PM

Labels: dolls and fashionsof the era., The Georgian Period