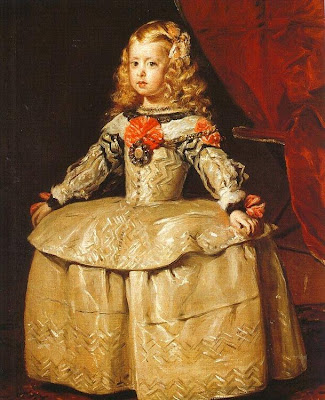 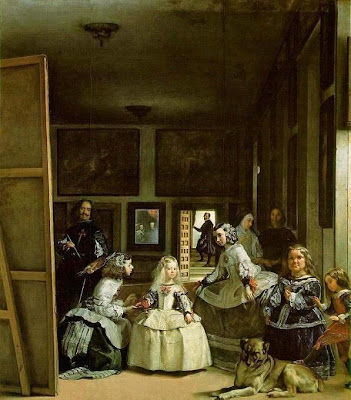 The elusiveness of Las Meninas, "suggests that art, and life, are an illusion". The relationship between illusion and reality were central concerns in Spanish culture during the 17th century, figuring largely in Don Quixote: the best-known work of Spanish Baroque Literature.
We are looking at a picture in which the painter is in turn looking out at us. A mere confrontation, eyes catching one another's glance, direct looks superimposing themselves upon one another as they cross. And yet this slender line of reciprocal visibility embraces a whole complex network of uncertainties, exchanges, and feints. The painter is turning his eyes towards us only in so far as we happen to occupy the same position as his subject.
Posted by Dolls from the Attic at 4:38 AM