In the late 12th century, around 1180 a.d., there lived a great queen with a courageous spirit and a brilliant energy. She was Eleanor of Aquitaine. Married to the King Henry II of England and mother to ten children, independently titled, wealthy, cunning, and wise.

Women were second-rate citizens in medieval society. But at Aquitaine, however, they were teachers and facilitators. The purpose of the court was to instruct men in the burgeoning art of chivalry and the ladies, sometimes 60-strong, decided how the men were to dress, speak, and act while in the presence of women. Eleanor and her gracious ladies encouraged the men to write poetry, play music, and be romantic. 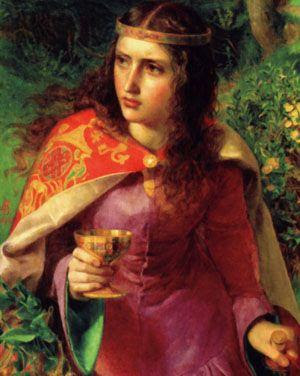 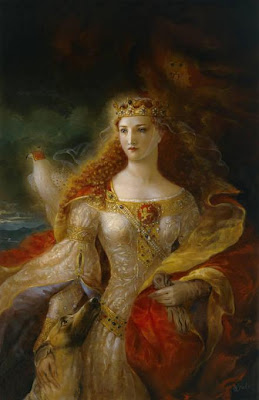 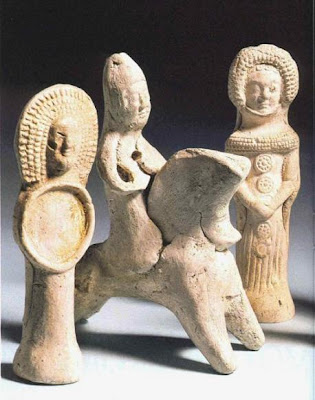 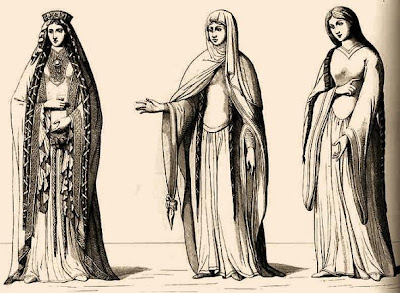 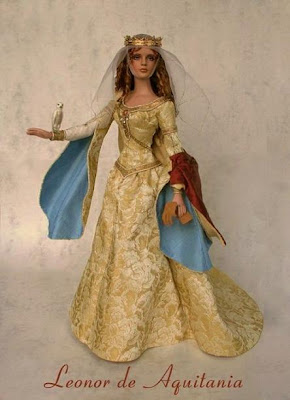 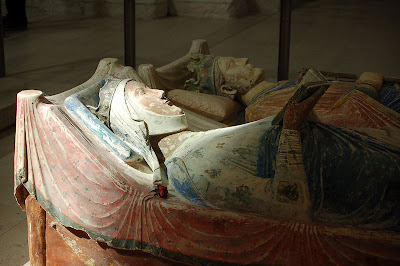 Eleanor of Aquitaine and King Henry the II 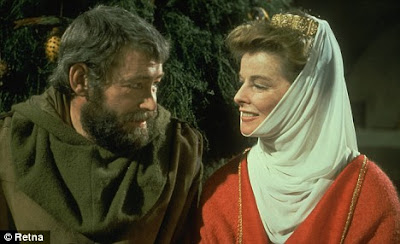 When she was around 30, which would have been considered middle aged or even old by medieval standards, a noted troubadour, called her “gracious, lovely, the embodiment of charm,” extolling her “lovely eyes and noble countenance” and declaring that she was “one meet to crown the state of any king.” The charms of her person were emphasized even in her old age, and writings in the 13th century, recalled her “admirable beauty.”
Posted by Dolls from the Attic at 4:31 AM