With the flowering of the Arts in Central Europe during the Renaissance, numerous paintings showing dolls provided some documentation on their development.
We know that primarily they were made of wood or wax, and that some heads were manufactured from glazed stoneware. 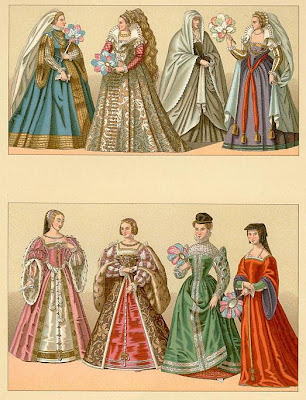 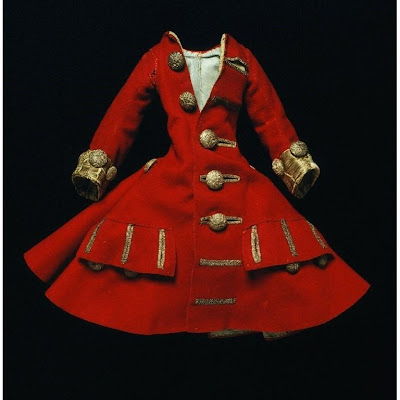 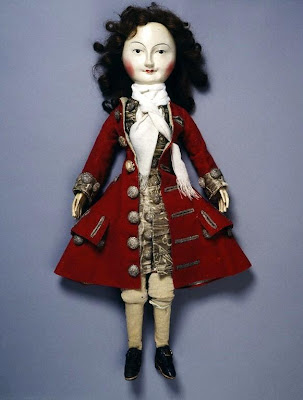 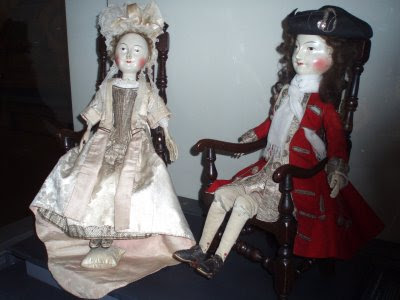 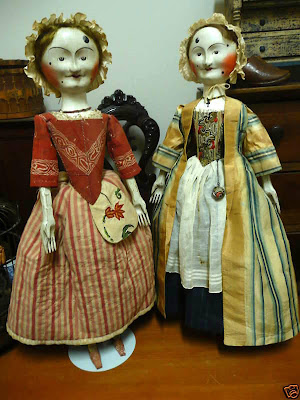 Dolls wearing the latest fashions were sent to the Queen of England, to show what was in vogue with the ladies in the court of France. Perfection even to the underclothes was expected, so that a fashionable silhouette could be achieved. 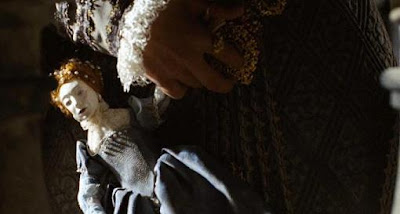 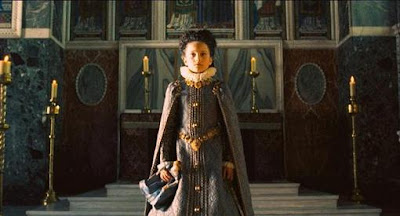 Infanta "Isabella Clara Eugenia" of Spain holding a doll made to the likeness of Queen Elizabeth the I..... from Elizabeth the Golden Age.
These dolls were allowed to pass between rival countries even during times of war.

Posted by Dolls from the Attic at 3:27 AM