Children as we know them today, spend a golden decade in a special wonderland before becoming teenagers. Not so children of earlier decades, there was no such wonderland. Even for little aristocrats. 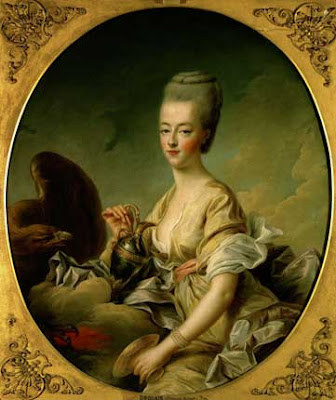 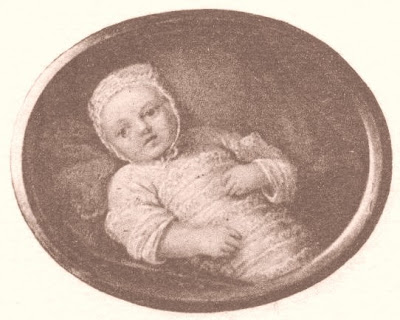 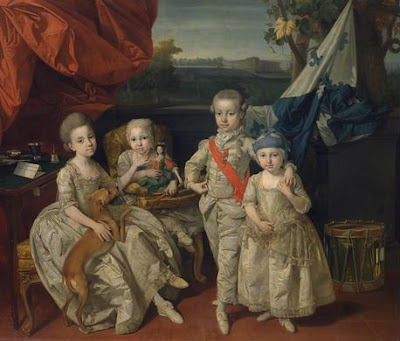 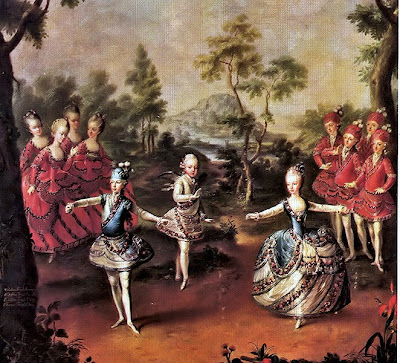 The young Habsburg archduchess (born on November 2, 1755) was a beautiful girl who loved music and dancing.

Young girls were expected to make good marriages, and twelve years of age was not uncommon for a wedding ceremony. A lady had to acquire many accomplishments during her early years
to manage her future home. 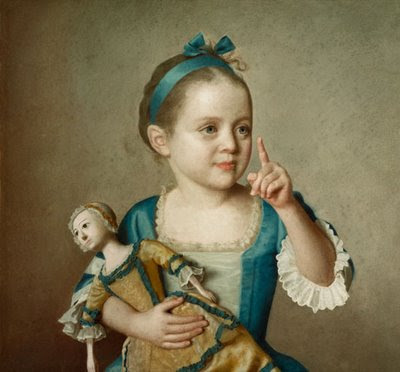 A meaningful political alliance, not a love match, was most important to the Empress as she determined the future of her youngest girl. 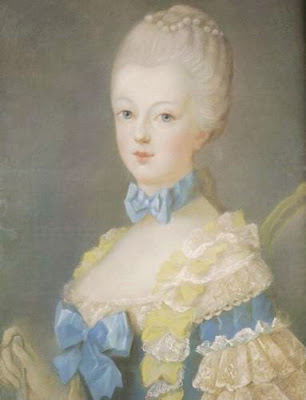 At fifteen - Marie Antoinette ( or Madame Antoine,) as she was known in her native Vienna,
left her Austrian home to solidify their alliance with France, (previously longstanding enemies). Within four years, the young foreigner would become queen of France.
Had the Empress lived to learn her child’s fate, she would surely have regretted her political-marriage decision. 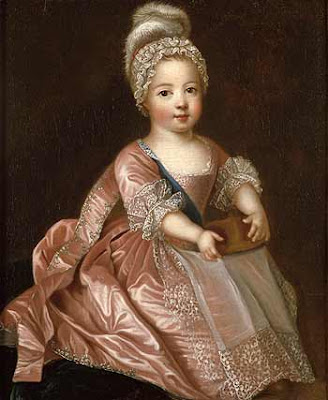 Dauphin Louis-Auguste
Once babyhood was over, boys were breeched, and along with breeches came swords, which they were taught to use. 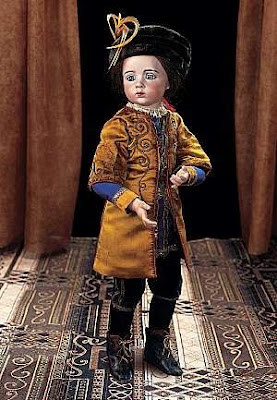 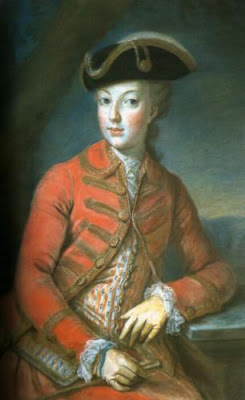 The Dauphin
The young gentleman had many people depending on him, and many duties to assume...There was much to be learned in order to defend his property. 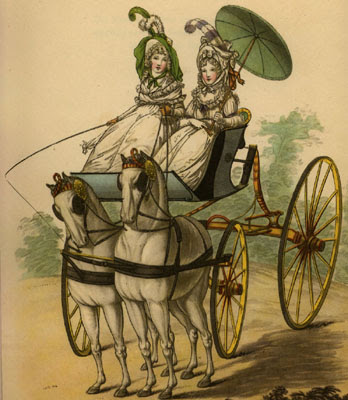 Adieu, my dear daughter; a great distance is going to separate us, but be just, be humane and imbued with a sense of the duties of your rank and I will always be proud of the regrets which I shall always feel ... Do so much good to the people of France that they will be able to say that I have sent them an angel.
Posted by Dolls from the Attic at 5:09 PM