Kestner began making papier mache ladies and boys doll heads in 1815 “from his own production” as he did not have at the time, the right to make papier mache goods. He also produced his own leather doll bodies, and preferred wood or papier mache for the arms. His dolls were simply modeled and not marked. 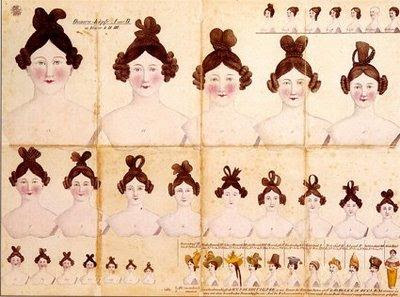 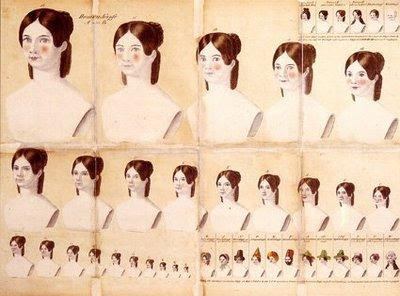 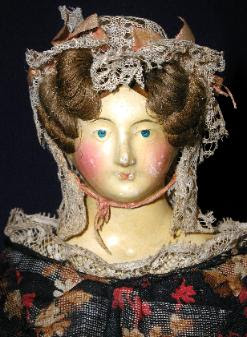 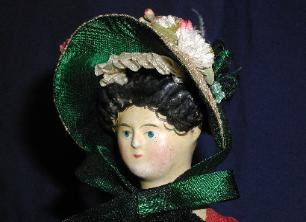 In 1899 the first trade mark was registered, a circle with a doll in the middle, flanked on either side by two shoulder heads.
In 1896 the trademark JDK and the crown was registered. The company closed down on 1938. 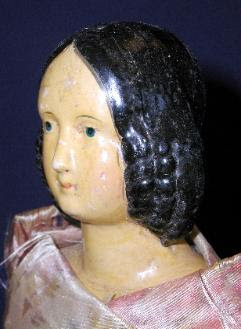 The popularity of the papier mache doll extended over 70 years from the papier mache dolls of the early 19th Century produced in Germany by Mueller, Voit and Kestner,to the American versions in the later part of the 19th Century produced by Greiner.*
The style of the dolls reflected the changing taste of the times.
*Greiner Dolls will be featured on a later post.
Posted by Dolls from the Attic at 5:48 PM