Just as man has stages he passes through over time, so do products.
John Darcy Noble describes these product “careers” in four stages:
1. Initial or “pioneer” stage - new ideas and process, exciting and vivid.
2. Successful and efficient dolls with distinct character.
3. Dolls become classics and gradually “decadence” sets in.
4. Over production cheapens quality in an effort to hold the market. 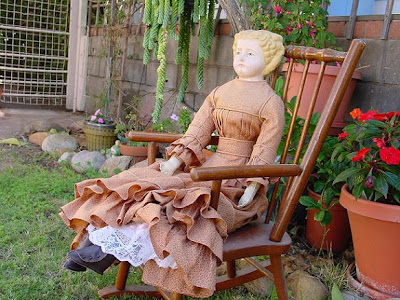 According to Christiane Grafnitz, Muller, a skilled bossierer, probably designed most of the models of his doll heads himself. He was noted to have fifty-eight different doll heads in his shop.
Muller had to get the rest of the doll parts, such as wigs and bodies, from other supplies because of the limits to his “right” as bossierer and the laws protecting other guilds and craftmen. 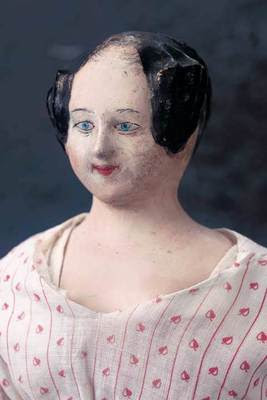 The dolls of the papier -mache manufacturers of the era, all have a certain familiarity. Simple wooden molds provided a basic model for the doll's head. Until about the early to mid 1800's the rest of the work was still done by hand. Each model was a creation depending on the skill of the craftman or bossierer.
Posted by Dolls from the Attic at 6:46 PM