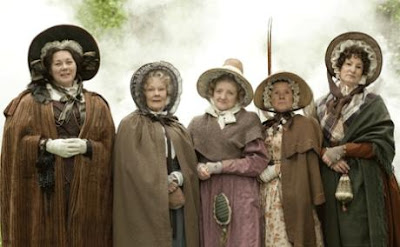 The Bygone Days of The Poke Bonnet and Pantaloons 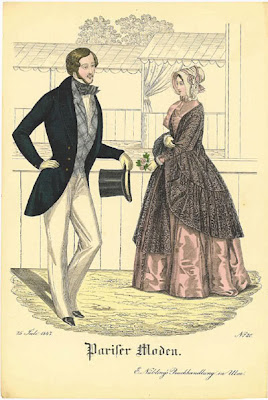 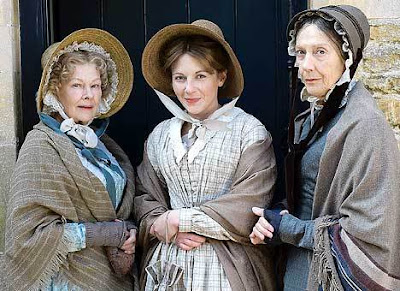 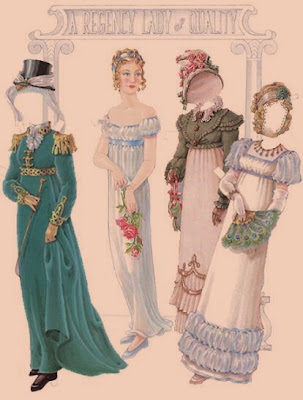 The fashionable shade was often white to denote a high social status (especially in its earlier years); only women solidly belonging to what in England was known as the "genteel" classes could afford to wear the pale, easily soiled garments of the era. 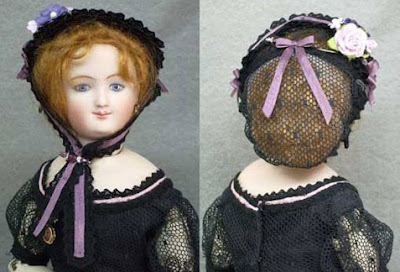 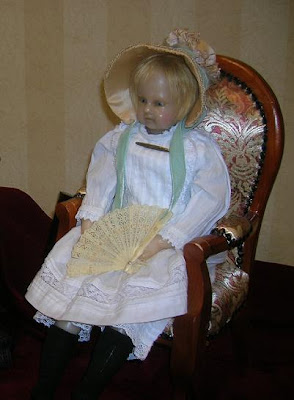 The Poke Bonnet is modeled by one of my poured wax dolls. 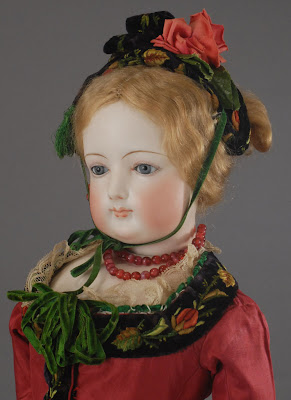 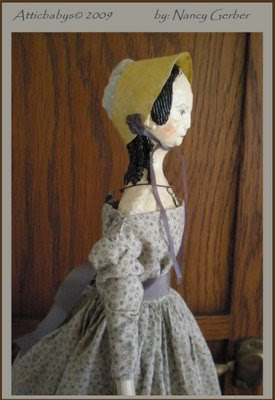 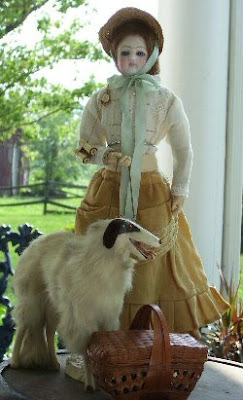 Fashion of this time gradually changed to lowered waistlines with wide sleeves such as leg-o-mutton sleeves, ruffled or wide collars covering the upper arms.
As the waistline descended, the corset reappeared. Skirts were gathered at the natural waistline and supported with petticoats or crinolines. Pantaloons were worn and often showed beneath little girls dresses, and the classic Poke Bonnet made its appearance 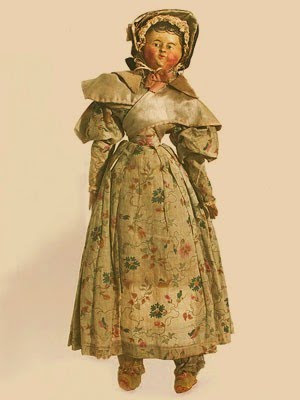 Hood-shaped hat tied under the chin, with a small crown at the back and a wide projecting front brim that shaded the face. It became fashionable at the beginning of the 19th century and was worn by women and children of all ages. The size of the poke bonnet increased until, in 1830, a woman’s face could not be seen except from directly in front. The fashion for small hats, which began in the 1860s, brought the era of the poke bonnet to an end.
Posted by Dolls from the Attic at 10:29 AM