The Beginning of the End

After seven years of marriage, the queen became pregnant with their first child. She had four children and only one reached adulthood, Marie Therese, who was just eleven when the Revolution erupted.
Two mercifully died of tuberculosis and were spared the horrors of the Revolution, but the ten year old dauphin was cruelly tortured by revolutionaries. 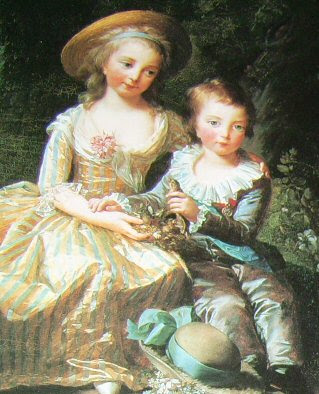 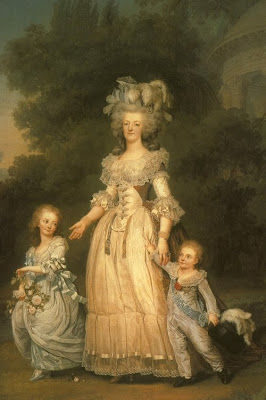 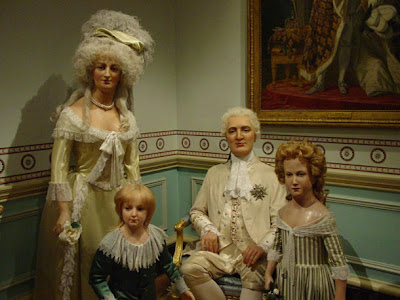 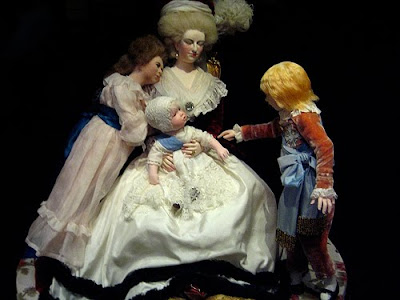 Louis’ decision to help the American colonies in their war of independence had made matters worse. France’s involvement was costly - both for the purse and for the king.
It was no coincidence that two years after the new American republic created a constitution, the French people revolted against their own monarchy. French help with the war meant that long suffering Frenchmen, returned with ideas they could apply in their own country. If the British king could be deposed in America, might the French king be deposed in France?
Posted by Dolls from the Attic at 3:48 PM