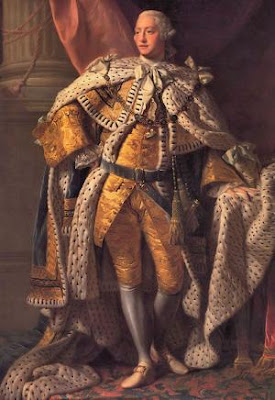 The Georgian era is a period of British history, normally defined as including the reigns of the Kings of the United Kingdom of the House of Hanover “The Georges” from George I to George IV who was briefly succeeded by Prince William the Duke of Clarence. 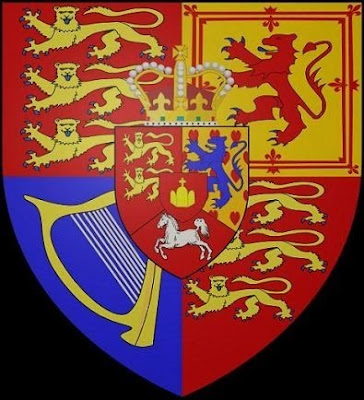 House of Hanover Code of Arms 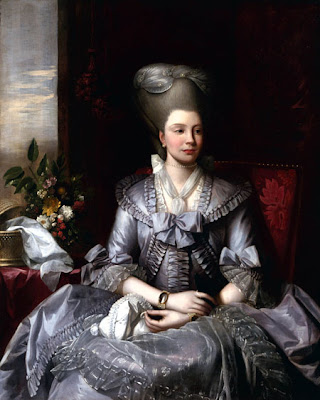 Queen Charlotte and Queen Marie Antoinette of France kept a close relationship. Never meeting face to face they kept corresponding in pen and paper. Marie Antoinette confided in the Queen of Great Britain of her worries upon the outbreak of the French Revolution. After the execution of Marie Antoinette and the bloody events that followed, Queen Charlotte was said to be shocked and overwhelmed that such a thing could happen to a kingdom, and right on Britain's doorstep. 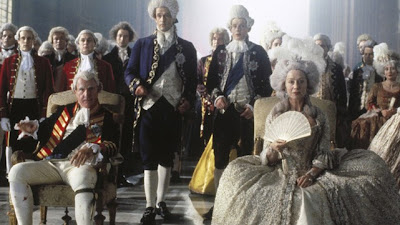 George III's long reign was marked by a series of military conflicts involving his kingdoms, much of the rest of Europe, Africa, the Americas and Asia. Early in his reign, Great Britain defeated France in the Seven Years War, becoming the dominant European power in North America and India. However, many of its American colonies were soon lost in the American Revolutionary Wars, which led to the establishment of the United States of America. 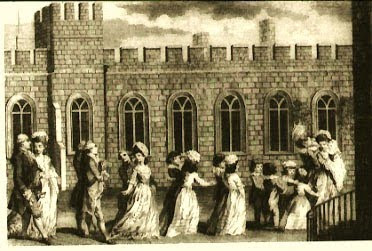 "George III and Queen Charlotte and fourteen of their children parading before the public at Windsor Castle in 1781." 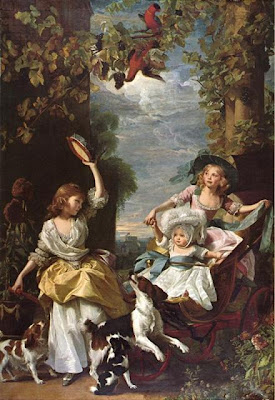 Three of the daughters of King George III 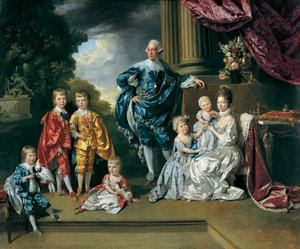 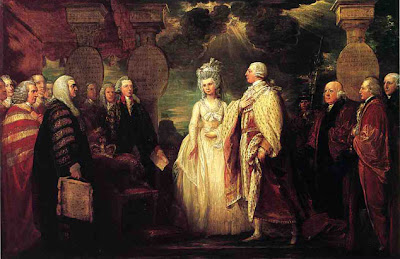 After the onset of his madness, George III was placed in the care of his wife, Charlotte and she remained supportive of her husband as his illness worsened. She was his legal guardian until her death in 1818. 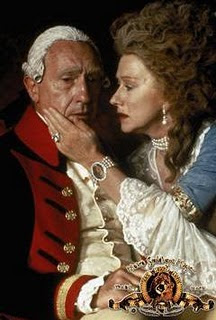 Good evening Mr. King; Good evening Mrs. King.... "The Madness of King George"
Helen Mirren and Nigel Hawthorne
In the later part of his life, George III succumbed to the throes of a terrible mental illness baffling doctors of the time. Since then it has since been suggested that he suffered from the blood disease porphyria. George III was succeeded by his son George IV, who years later was succeeded by is brother, William IV. After William’s short seven year reign, Queen Victoria, his niece, assumed the British throne thus ending the Georgian Era. Wikipedia
Posted by Dolls from the Attic at 12:10 PM

Labels: "The Madness of King George" House of Hanover